Did you just bid big bucks for some vintage speakers older than you on Ebay?

Okay, that's fun but what if diyparadise could bring you back in time and snag those vintage speakers? You know I have done some super impossible things before (like offering such wonderful products at such humane prices...) but can yeo do this?

Well, I tried but I still couldn't succeed in building the time machine, but the Gods have been kind to me and showed me the way! [cue: Peter Frampton sings "Show Me The Way"!]

Actually another version was that I was driving around town one day with my "hunting for bargain eye" working overtime when suddenly I spotted this Coral kit on display. At the same moment, Peter Frampton was singing "Show Me The Way" so this has to be the real deal!

Anyway, there's 2 version there for you. Choose whichever you like. Okay, back to the kit. 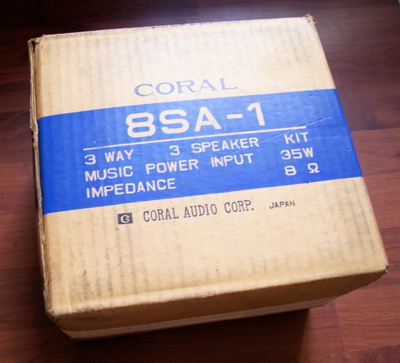 I'll estimate the age of this kit is probably 25 years since Coral the corporation ceased to exist in the early 80s.

Long download time! But read the whole manual to understand this kit. It's definitely worth the time and I couldn't have described any better. 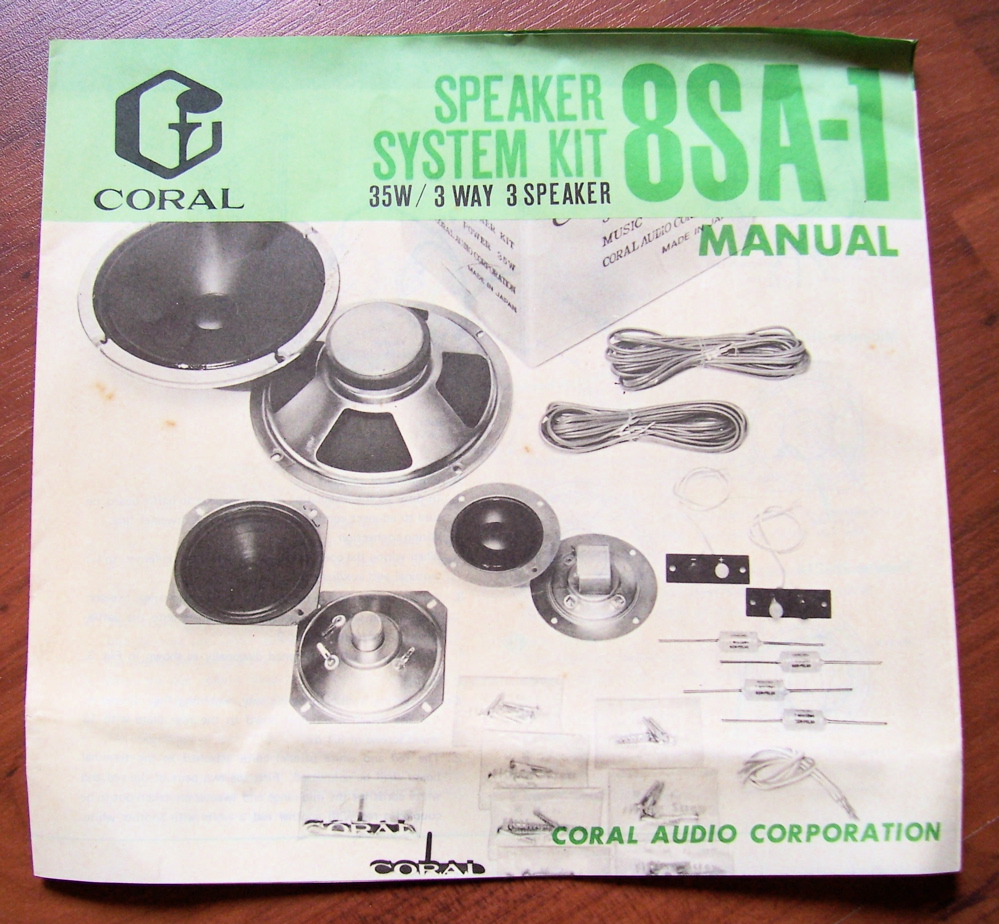 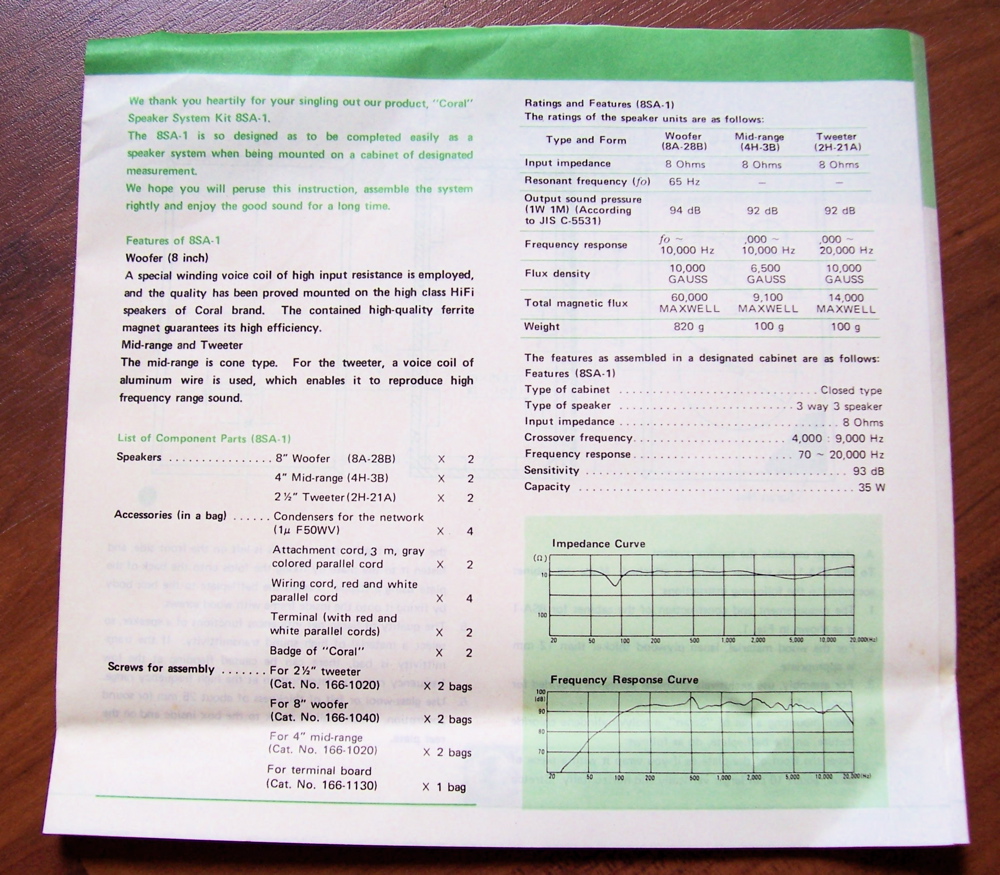 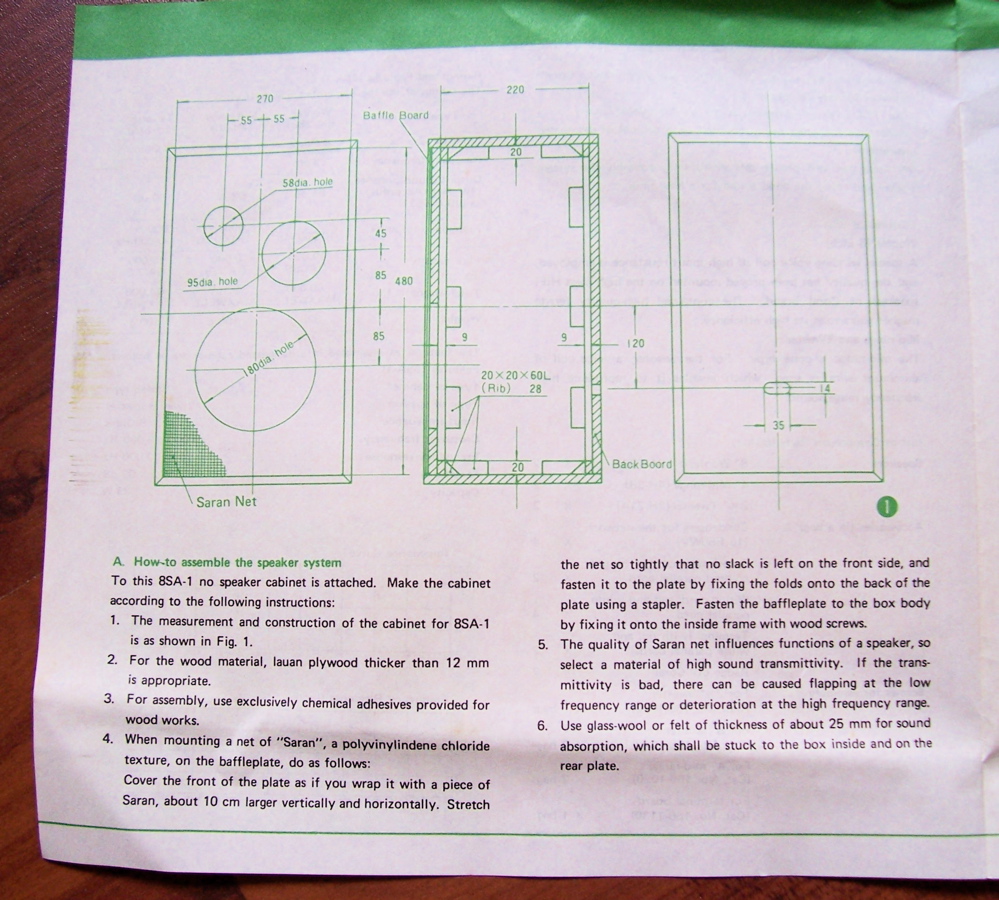 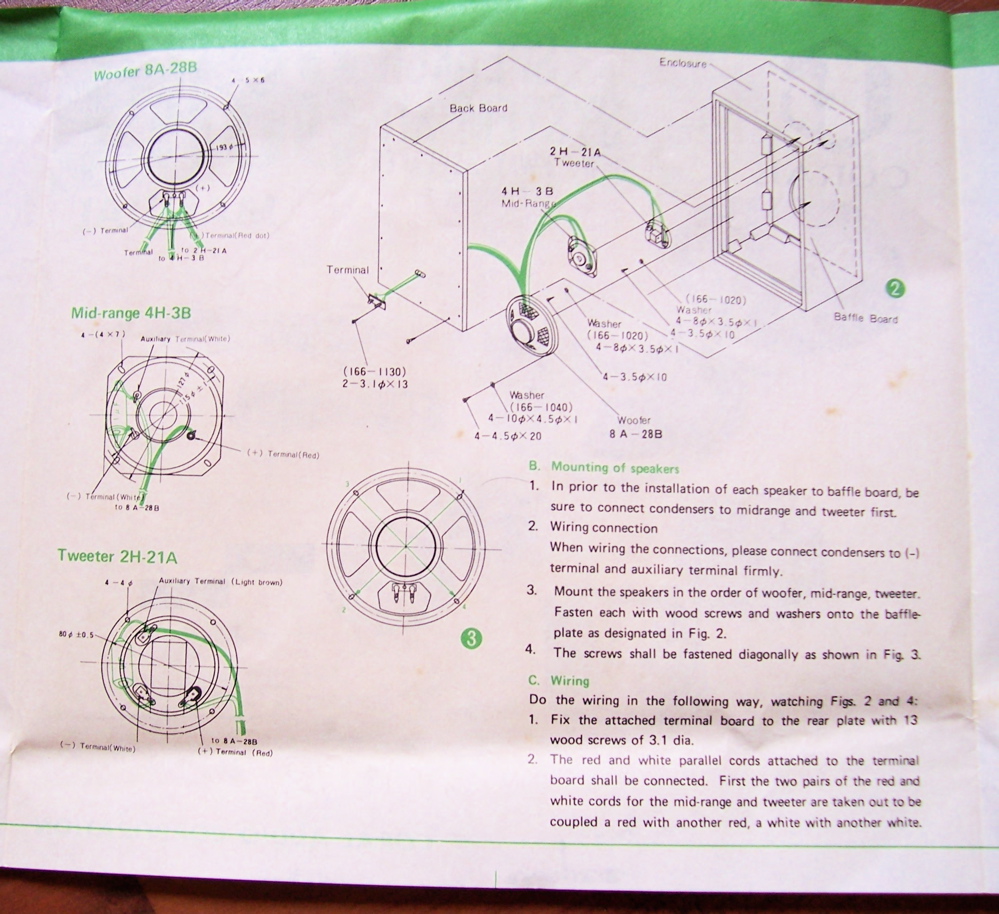 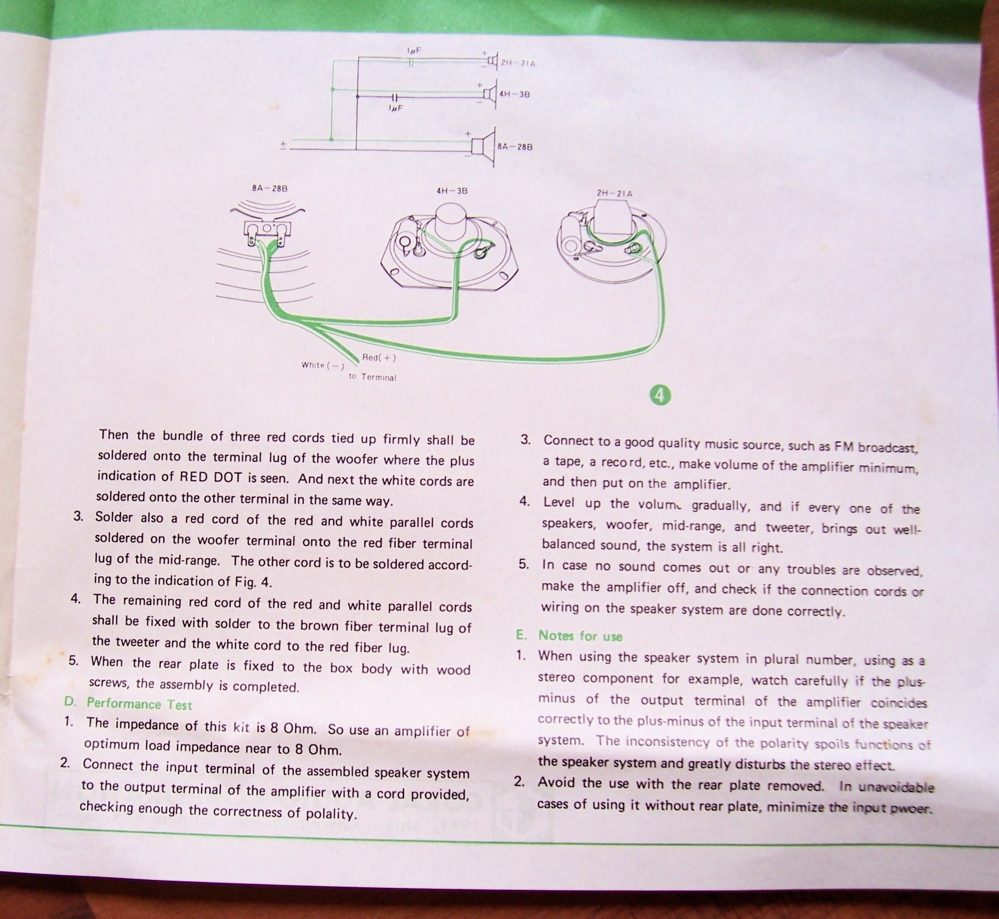 As explained in the kit, what you see is what you get. 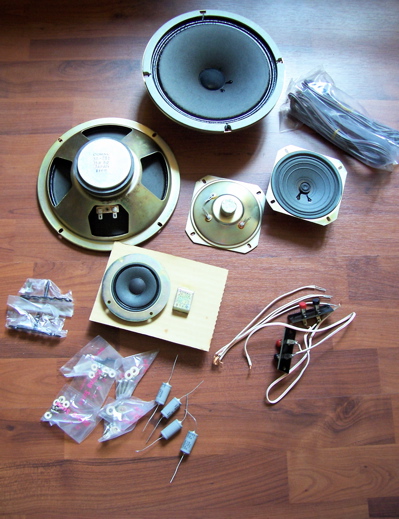 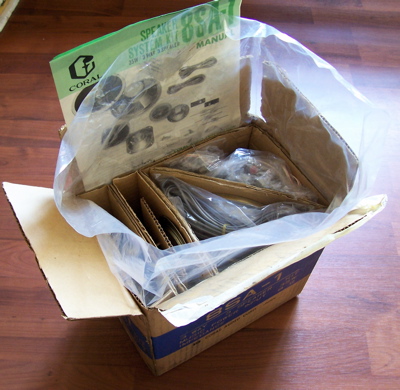 A few notes about the kit. One thing I have learned about Coral is that, this company never fails to amaze me. I have listened and played with all the Coral models in my hand, Beta 6, Flat 8, Flat 6 and 8A-40. Guess what? The best sounding ones in descending order is : Beta 6, 8A-40, Flat 6 and Flat 8.

Suprised to see the 8A-40 trounced the Flat series? Just goes to show there's more than meets the eye when it comes to these drivers. Yeah, yeah, the magnet is small, yeah yeah, it's not the premium series but you could argue the same point about the 8A-40 (it has a smaller magnet and is of lower pedigree than the Flat series but still trounces them big time).

I wish I have more time to build a box to test this kit but time is on short supply these days and they have been sitting in my house for months now. So why don't I sell them at very low price and YOU build them, then tell me how it goes!

Being a 3 way, crossover is unavoidable but here is where I feel good about this kit. Unlike some bone-headed designer, Coral opted for the simplest and best sounding crossover. A simple first order consisting of just a capacitor. This 1uF cap is even supplied together with the kit (along with wires, speaker binding posts and a simple Coral badge). See for yourself, the impedance curve. Very flat with very little variance in impedance. Compare this to the "latest and greatest" in hifi rags. Don't know about you, but I'm not very fond of messy impedance curves.

Well after such a long time, I'm not sure how Father Time has worked on this cap so I will measure first before using it. I strongly suggest you do the same. Of course, swap it with whatever cap of your desire.

Note the frequency response starts to roll at 150Hz. It's a small sealed box you see. I say build the box first, then improve on it. You could insert a small spiral inside. You can't go wrong from Mr Masaaki Takenaka's suggestions. We are coming back in full circle. Coral Audio Corporation was a Japanese company and now we are going back to the Land of the Rising Sun for Mr Takenaka's spiral design. Fantastic!

Okay, you know what to do. Buy the kit, provide labour and wood. Read the manual, build it. LIfe is so simple eh?

There are only ten sets available. Grab them quickly before they are gone! [I could always hear the voices of folks complaining they missed out on the other Corals!]