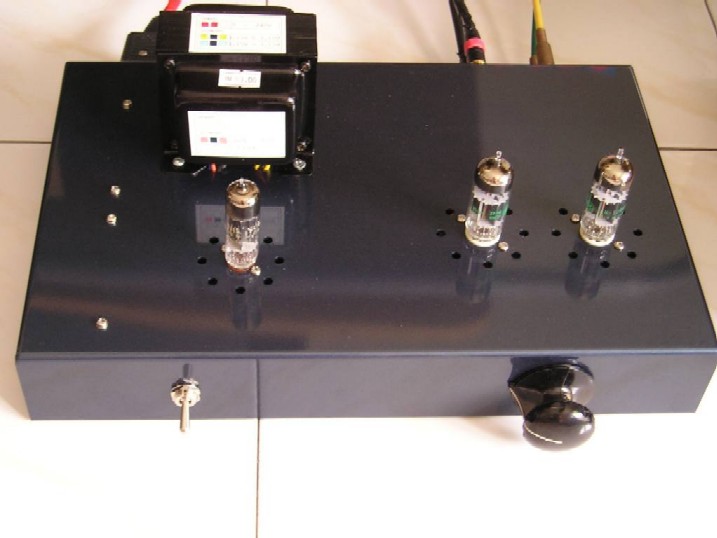 Okay, I've said before I'm bad with names but this preamp, I can't help but naming it something more unique than just "Simple 12B4". So Etude it is as when it was first playing, the first name that came to mind was a piano etude. Err, please don't ask me why...

Okay, what's so great about this preamp? Nothing much except that I have already had a 12B4 based preamp in the Projects page much earlier. Except this time, I've built the circuit. But I changed a few things. The plate resistor is 12kohm, cathode is 500ohm and B+ of 260VDC. Power supply circuity is as exactly that of the Simple 5687. The 12B4 is running at ~15mA. I haven't bothered to optimize it yet as the sound is so good, I'm keen to let it keep on playing.

Actually this preamp was completed much earlier but I had some power trans disasters along the way. Read about my misfortune here. But that is all in the past and let's look forward to the present.

Okay, I did a few things differently. No fun doing the same thing over and over again! The BIG MACHO black caps beside the choke is 2 pieces of 51uF/400V Solen metalized polypropylene. The yellow coupling caps aren't my de facto Auricaps but some out-of-production polystyrene (this guy takes a long time to run in!). Other than this, nothing exotic nor different at all. See that I'm not even using wirewound resistor on the plate but some "white coffin" as I haven't even began optimizing this circuit yet. Construction warning: I had some oscillation problem, but cured easily by some grid stoppers of 220ohm. You may want to try a higher value in your circuit. 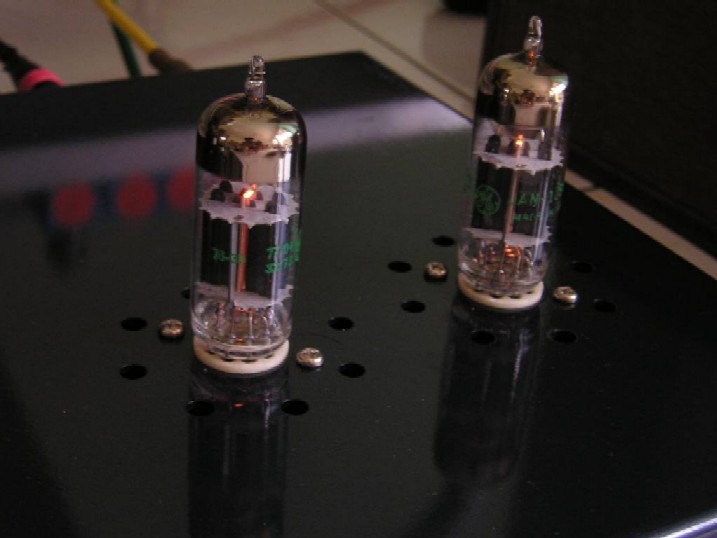 Okay, what's the sonics like and why the hell are you so excited about?
Ha ha. Sonics is like a GIANT filter! First, let's start with the tube. 12B4 is an old old pre-WWII tube, built in those days when feedback technique wasn't invented yet and our poor engineers have to make the tubes as linear as possible. Also, it has very low plate resistance of only 1kohm (not far from standard of 600ohm), can take lots of current, can even function as power stage of 1.5W! Surely it has no problem masquerading preamp duties? It also has low mu of ~6, which is more than adequate for line level. 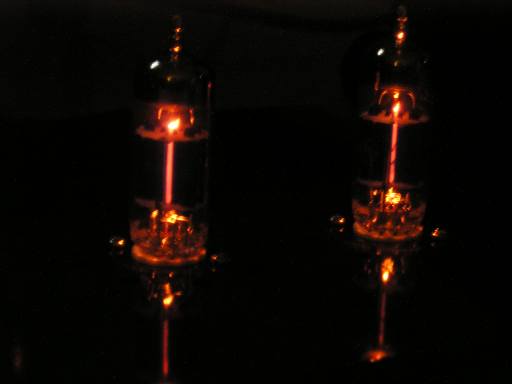 With this preamp, I gained clarity, width, depth, height, focus... in short, everything! No, if you are looking for a warm sweet sound, you are wasting your time here, but if transparency, neutrality is what you are after, this preamp has in spades. But I'm getting ahead of myself here. Yes, I gained more weight, width, depth and height but I attribute this more to a preamp in the chain compared to just an integrated amp before this but what is unmistakenbly 12B4 is the ooooo-sooooo-neutrallllll character. Or lack of character! Ha! Ha!

All this while I've been using the Simple EL84 without a preamp as after spending months on getting the natural sound from the Simple EL84, it's a heartbreaker when your tube preamp just takes control of EVERYTHING. Okay, I haven't tried a lot of preamps but in a chain, for some reasons, the preamp dominates the sound more than the power amp. The FIRST stage is the dominating one. But finally the Etude allows the naturalness of the Simple EL84 to come through, unhindered, and gaining some here and there.

But please be forewarned that this is a very revealing preamp. Also, the highs seem to be more prominent than before. Which makes it a good match for those with the non-oversampling DAC. But in systems, where the emphasis is on zing, bing and ting, stay away! But for me, this is a "keeper".